Myanmar, also known as Burma, has just recently opened it’s doors to the international golf traveler. Famous for it’s golden Shwedagon Pagoda and the over 2,2000 stupas in Bagan which date all the way back to the 11th century, this country is jaw-dropping beautiful and unique in so many aspects. The hospitality of the locals is second to none, and you will miss their friendliness when you return home. 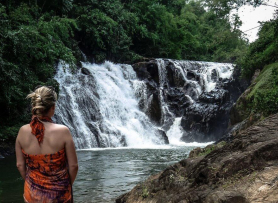 Kawthaung (known in colonial times as Victoria Point), is Myanmar’s southernmost town. This is an important trading point, many people make the 20-minute trip across the water from the Thai border town of Ranong for sightseeing and shopping. Although Kawthaung is not a particularly beautiful town it is an interesting and culturally diverse place with strong Indian and Muslim influences. Kawthaung has temples with beautiful views of the sea and the surrounding area, typically Temple Pyi Daw Aye near the town center.

From November to February Shwedagon Pagoda festival involves locals reciting prayers with the monks at the famous golden stupa shrine that is rumored to contain strands of hair of the Lord Buddha. Pilgrims move clockwise around the stupa as an ancient tradition believed to grant great merits to those who do so. The festival is held at Yangon in March. Locals and devotees would weave holy robes for the Buddha images using traditional looms. The monks would lead attendees in religious prayers to honor the festival. Flames surround the pagoda along with lit incense sticks and candles placed by pilgrims to bring good fortune in their lives. Monks would receive donations for them and the temple from the locals along with donations of necessities. Thingyan Water festival is the most important festival in Myanmar as it marks the onset of a new Burmese year. People get on stages erected on the streets by Bamboos and drench each other in the water. People splash water through pipes from jeeps and trucks, and children enjoy with little water pistols. The monks and elderly are spared though. This festival symbolizes cleansing of the past sins, and captive birds & fishes are also freed during the Thingyan Festival in Myanmar. The Festival takes place on the full moon day of Waso, the fourth month in the Burmese calendar. It usually falls in July in the Western calendar. Waso Full Moon Day marks the beginning of Buddhist lent (Wasso), which generally coincides with the height of Myanmar’s rainy season. Buddhist Lent lasts for three months from the full moon of Waso until the full moon of Thadingyut. It is normally a time of heightened religious activity around the country. Pilgrims throughout the country gather wildflowers to offer at pagodas, and offer new robes to monks. Almost all monks will not leave the grounds of their monastery during this time.

During the period of Buddhist Lent, many Buddhists will abstain from eating meat, drinking alcohol or smoking. It is also traditionally a time when Myanmar people are not allowed to move house. 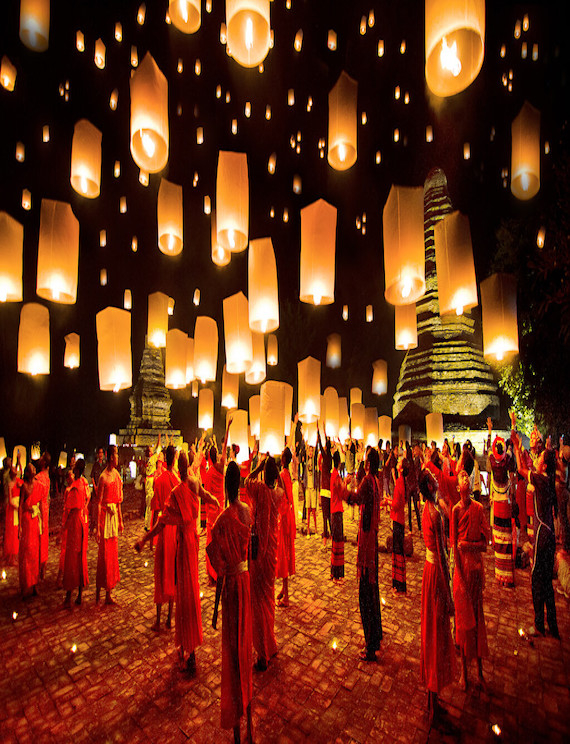 Thadingyut Festival Of Lights is the second-largest traditional activity in Myanmar. Usually held for 3 days. It takes place on the full moon day of Thadingyut, the seventh month in the Burmese calendar. Bamboo is bent into desired shapes. Then they are dressed in colored paper to become lanterns with different shapes such as rabbits, elephants, peacocks, ships or many other animals.

During the festival, temples and monasteries are always filled with Buddhists. People come to the temple to burn incense and decorate their houses with shimmering candles to greet the Buddha.